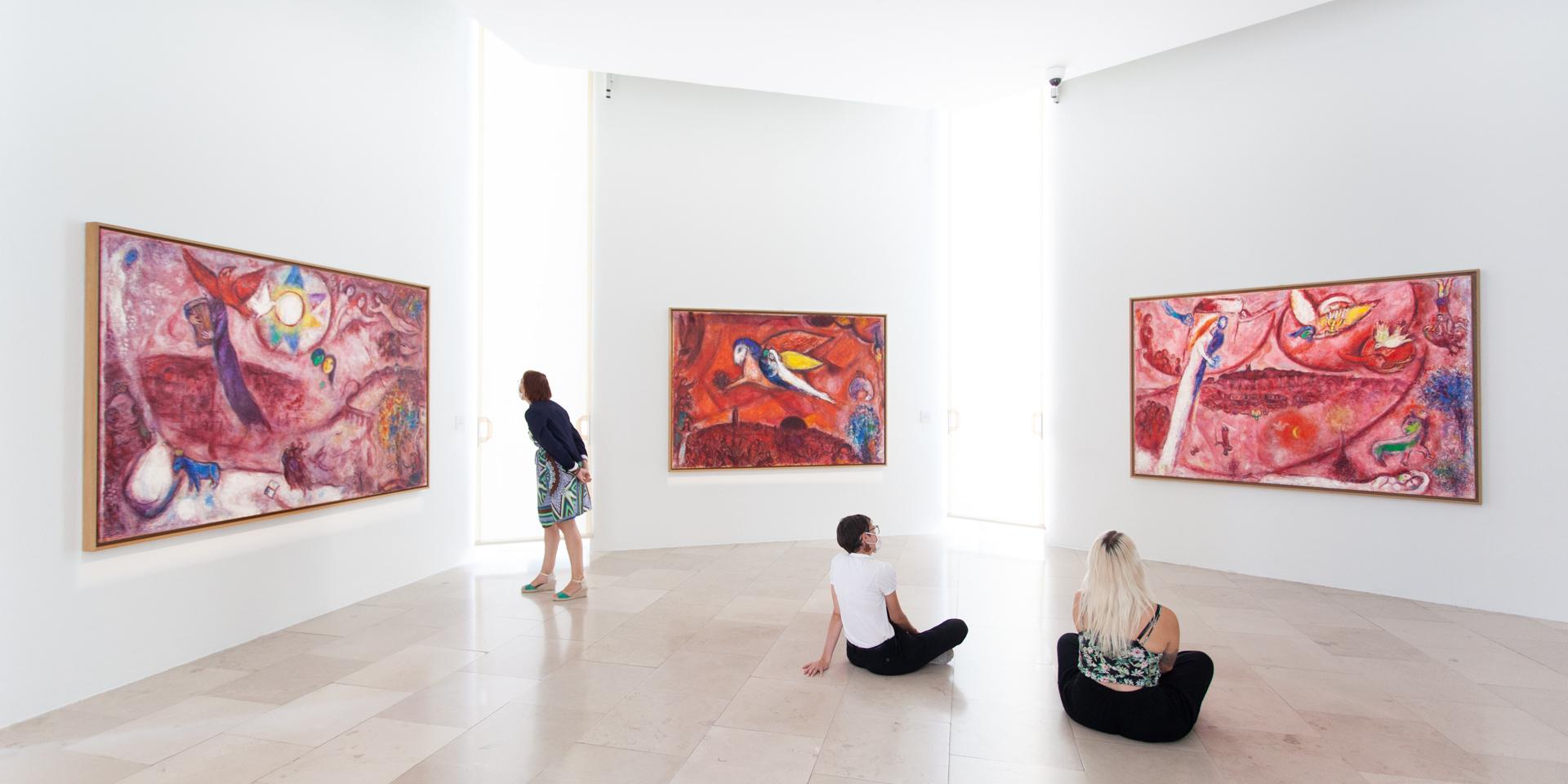 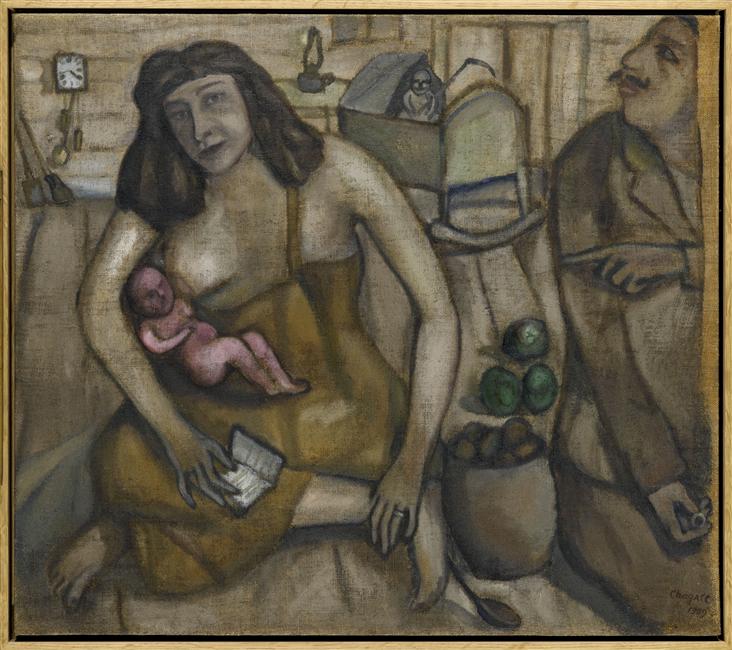 The Couple or A Holy Family

This painting, one of Chagall’s oldest known, is typical of his early work. After a brief training stint with the Realist painter Pen in Vitebsk, he moved to Saint-Peterburg where he worked in several schools influenced by the Russian Avant-Garde. Van Gogh’s work in the capital was known, and it is his technique of the floor stretching up towards a horizon a long way up in the painting that Chagall borrows here. The figures and décor are characteristic of the aggressively primitivist style practised by the Avant-Garde at the time: clear outlines, anatomical deformations, oddities and prosaic details - the figures are sitting on the floor, the woman in a shift and the man in a suit, and are separated by a pot of potatoes placed on the bare ground. The child in the cradle in the background has a beard.
However, some aspects give a hint of what would become trademark in Chagall’s work: the brown shades are set off by splashes of colour with refined harmonies, such as the baby’s pink body and the green of the fruit (?) behind the pot. The context of the scene – ambiguous, religious or not – and the bizarre details also herald the pre-Surrealism of later paintings.