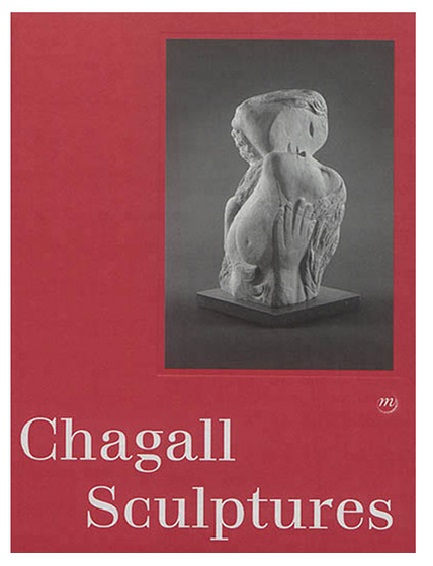 Chagall, Sculptures (published by Rmn- Grand Palais, 2017)
Throughout his life, the inventive genius of Marc Chagall (1887-1985) led him to experiment with a variety of artistic techniques: drawing, painting, engraving, ceramics, mosaics, stained glass, tapestry, etc. This range also includes a practice of the artist little known to the general public: sculpture.
Price: 35€ 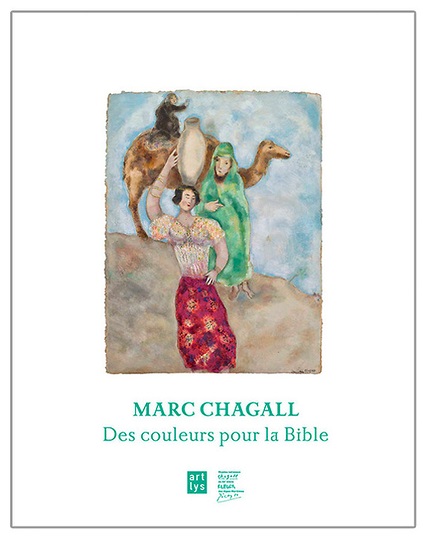 Marc Chagall. Des couleurs pour la Bible (Rmn- Grand Palais editions, 2014)
This catalogue explores the importance of the Bible in the work of Marc Chagall. It presents all the newly restored gouaches with an incredible burst of colour, accompanied by a note.
Price: 25€

Chagall in front of the mirror (2013)
On the occasion of the fortieth anniversary of the Musée National Marc Chagall, an exhibition is dedicated to the artist, around the theme of the self-portrait:
Self-Portraits, Couples and Apparitions, (16 June - 17 October 2013).
Price: 29€

Exiles. Reminiscences and New Worlds (Rmn - Grand Palais edition, 2012).
Published on the occasion of the exhibition Exiles Reminiscences and New Worlds (June 24 to October 8, 2012), at the Musée Chagall in Nice,   Musée Léger in Biot & Musée Picasso in Vallauris. The essential experience of exile is common to Picasso, Chagall and Léger, at different times in   history. For Chagall and Picasso, exile was a founding factor when they left for the fascinating Paris of the beginning of the century. For Léger, exile   served as a new stimulus in the United States after the Second World War. 144 pages, 200 colour illustrations.
Price: 35€

Chagall. Catalogue of the collections of the Musée national Marc Chagall, Nice. (Rmn - Grand Palais edition, 2011).
Illustrated with beautiful archival photographs tracing the artist's career, this work offers commentaries on his masterpieces, thus providing a better understanding of the artist's iconography and technique.
This catalogue, written by the museum's curators, is an essential tribute to a painter who devoted his entire life to developing a veritable poetic grammar of universal significance in painting.
Price: 19.50€

Chagall. A painter at the window  (Rmn edition, 2008)
Chagall makes the window an object of research present throughout his work.
catalogue out of print 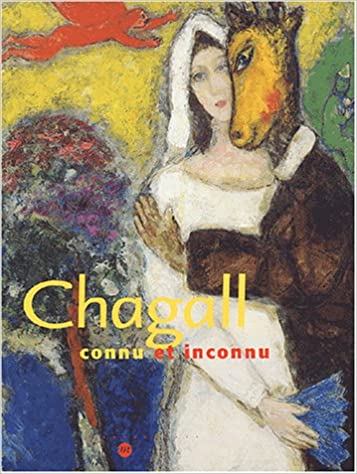 Chagall known and unknown (Rmn edition, 2003)
The book reflects, through some eighty years of painting and one hundred and eighty paintings and drawings, the praise for the one and     multiple life
Chagall, who died in 1985, never ceased to celebrate life, both single and multiple, well into his old age, without ever
without ever worrying about schools, academies, currents or watchwords. Catalogue of the exhibition
Chagall connu et inconnu, presented at the Grand Palais, Galeries nationales, from 14 March to 23 June 2003.
catalogue out of print

Marc Chagall. The Fables of La Fontaine (reissued by Rmn, 2003)
3rd reissue of the catalogue published in 1996 which presents 43 of the gouaches made by Marc Chagall.
Price: 15 €.

Chagall, surrealist ? (Rmn edition, 2001)
Chagall did not join the Surrealist group. However, many of his works have a "surrealist" character. This book presents some of them.
catalogue out of print

Chagall: stained glass models (Rmn edition, 2000)
In the autumn of 2000, the Musée National Marc Chagall, in Nice, presented all the models from its collections for the stained glass windows created
or designed by Marc Chagall.
catalogue out of print

Chagall's travels and encounters, 1923-1939 (Rmn edition, 1998)
A happy period began for Marc Chagall, who returned to Paris in 1923. It was a time of meetings with Ambroise Vollard, Gustave Coquiot, Joseph   Delteil
Coquiot, Joseph Delteil, Tériade, Philippe Soupault, Yvan and Claire Goll, René Schwob...
of the rediscovered friendship with Robert and Sophia
Delaunay.
catalogue out of print

To Russia, to donkeys and to the others : a masterpiece by Marc Chagall (Rmn edition, 1997)
Catalogue of the exhibition which retraces the history of this famous painting by Marc Chagall, painted in 1911, on the occasion of its restoration.
catalogue out of print

Marc Chagall, the ballet, the opéra (Rmn edition, 1995)
One of the little known aspects of Marc Chagall's work is his work on the stage. Chagall was fascinated by theatre, ballet and music from an early age.
catalogue out of print