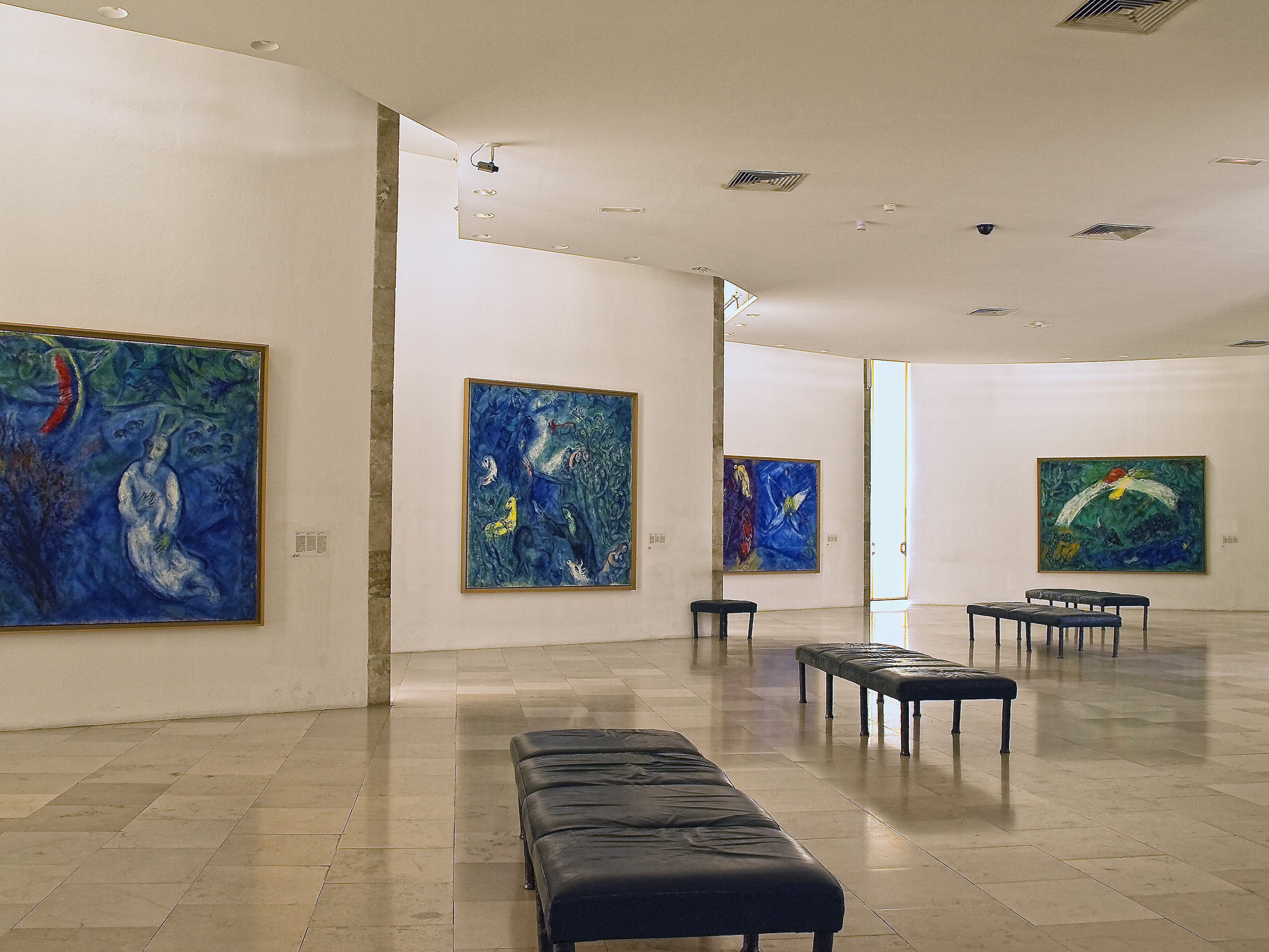 Since the museum’s creation, its collections and their development have naturally moved with the times.
They initially comprised Chagall’s donations in 1972, including that of the Biblical Message in 1966 as well as all of his preparatory work and a whole host of other works:
• the gouache Bible paintings from 1931.
• the 105 Bible engravings along with their copperplates
• a major collection of lithographs including the two series of biblical lithographs from the Verve magazine.
• 5 sculptures, including 2 key bas-reliefs
• 1 ceramic

In total, more than 250 works made up this 1972 donation.
Chagall kept on adding to the collections until his death by entrusting copies of his illustrated books when they were published or new illustrations (separate print-run of illustrations without the text) to them.

The acceptance-in-lieu after the artist’s death in 1988 graced the museum with 10 more biblical paintings, entrusted by the French national museum of modern art, the Centre Georges Pompidou, which received acceptances-in-lieu.
In 1986 and 1988, Charles Sorlier, Chagall’s master printer, at the Mourlot studio, donated a substantial collection of lithographs on biblical and secular themes to the museum.
The collection expansion policy of the museum’s successive curators gradually broadened to include the whole of the artist’s work. Different acquisitions, purchases, entrustments from the Centre Georges Pompidou and legacies have meant that the public can now admire the full breadth of Chagall’s output.

All of the reproductions of the collections’ works are available on the RMN website: http://www.photo.rmn.fr