Marc Chagall and the music

A great music lover, Chagall was fascinated by the theme of music, which runs through all his work. The author of sets and costumes for several ballets (Aleko, L'Oiseau de feu, Daphnis et Chloé), he also created major decorative programmes for the Paris Opera and the Metropolitan Opera in New York.

Beyond these major achievements, musicians are present in his works throughout his life. The exhibition therefore looks at the various aspects of Chagall's intimate relationship with music. When the museum opened in 1973, Chagall also wanted an auditorium to be created. Until his death in 1985, the artist conducted a prestigious concert policy there, thanks to his friends.

This exhibition is organised by the Musée national Marc Chagall, in Nice, in co-production with the Réunion des musées nationaux - Grand Palais; in partnership with the Musée de la Musique - Philharmonie de Paris and the Piscine - Musée d'art et d'industrie André Diligent in Roubaix.

The entrance ticket includes access to the permanent collection and a multilingual audio guide. 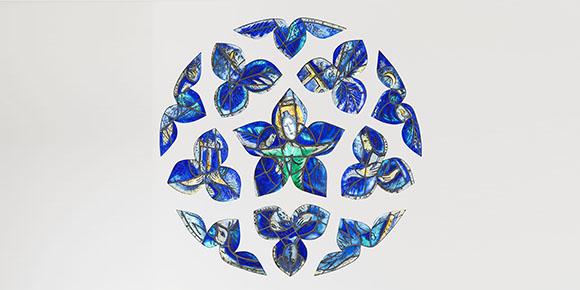