Face to face. Fernand Léger and his friends 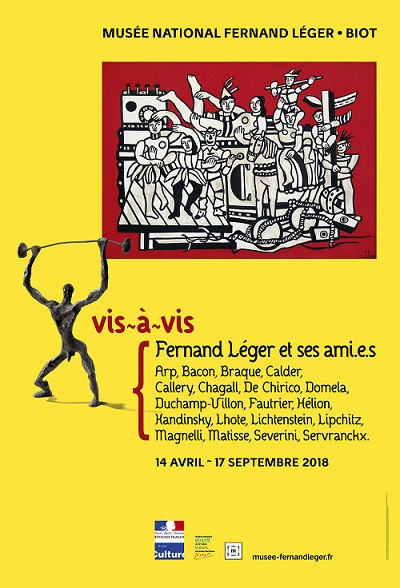 FACE TO FACE. FERNAND LEGER AND HIS FRIENDS

This year the National Fernand Léger Museum pursues its exploration of Fernand Léger’s relationships, both amicable and artistic, with artists working at the same time. By placing works from the museum’s collection face to face with a selection of works created by major painters and sculptors of the European avant-garde, the exhibition reveals the mutual influences between Fernand Léger’s work and that of other artists from the period, in the context of the artistic hot bed of the early 20th century.

Fernand Léger, who was naturally social and curious, was attuned to the numerous artistic and technological innovations of his century. He surrounded himself with artists with whom he maintained relationships, more or less intimate or long, which nourished his thinking and influenced his way of painting.

Léger’s work, which oscillates between abstraction and figuration, is at the crossroads of the principal artistic movements of the early 20th century: Cubism, Purism, Futurism, and Surrealism. It traces these major aesthetic upheavals and contributes in an original way to the construction of Modernism, all the while demonstrating the painter’s independent spirit and unique body of work.

For this new exhibition, the meaning of the term “friend” has been enlarged to englobe the question of Fernand Léger’s posterity; his work has, in fact, become a rich source of inspiration for major artists of the second half of the 20th century such as Roy Lichtenstein or Francis Bacon. Despite generational differences, these artists have established a strong link, both intellectual and aesthetic, with their famous predecessor.

This exhibition has received exceptional loans from the Musée National d’Art Moderne in Paris, the Villa Arson in Nice, and private collections which have accepted to contribute to this event, notably the Fondation Maeght in Saint-Paul de Vence, the Francis Bacon MB Art Foundation in Monaco, and the Fondation Louis Vuitton in Paris.