From chapel to museum, the creation of the Biblical Message 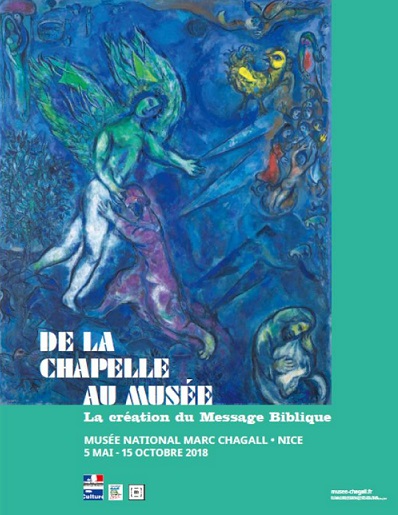 From chapel to museum,

the creation of the Biblical Message

Soon after his return to France in the early 1950s, Marc Chagall began to work on the epic painted cycle he entitled Biblical Message. The series was originally intended for the Chapelle du Calvaire in Vence, where he lived. Through this cycle, he followed in the footsteps of Matisse, whose work on the Chapelle du Rosaire (inaugurated in 1951) he had been following closely, as well as that of Picasso, who had showcased his monumental War and Peace in the Roman chapel of the Vallauris priory in 1952.
Yet Chagall’s plans for the chapel in Vence were transformed into a museum that was to be built in Nice. The site was to be the very first French museum dedicated to a living artist. Drawing on unpublished archival documents echoing the delicate sketches that formed the foundations of the epic Biblical Message cycle, the exhibition travels back in time to tell the creative process that continues to enchant visitors of the Marc Chagall museum.

General Curator : Anne Dopffer, general curator of heritage, Director of the national museums of the XXth century of the Alpes-Maritimes.

prices: €10, €8 concession, groups €8.50 (minimum 10 people) including the collections. Free admission for under 18s, under 26s (EU members), disabled visitors (MDPH or Cotorep card), teachers (current Pass Education), those qualifying for certain types of income support and for everyone on the 1st Sunday of the month